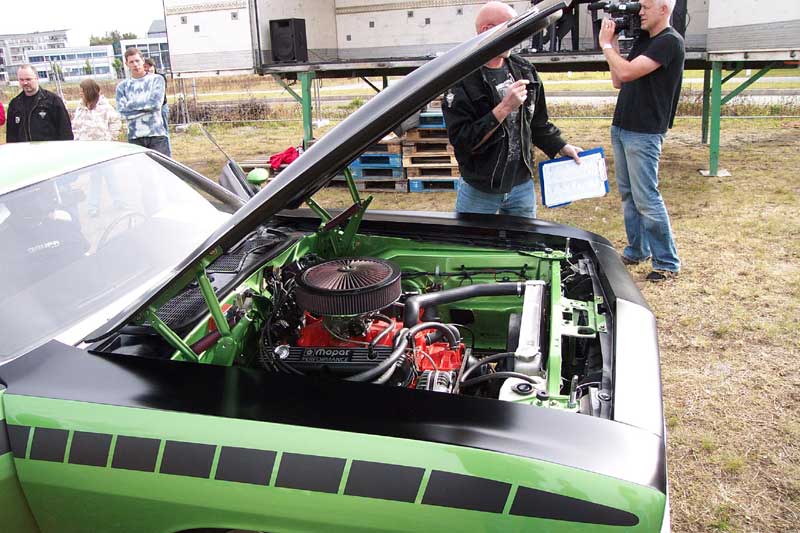 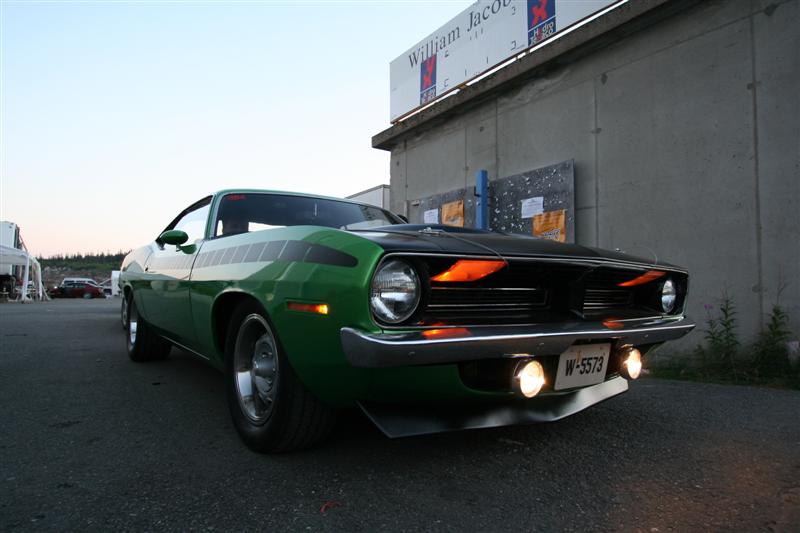 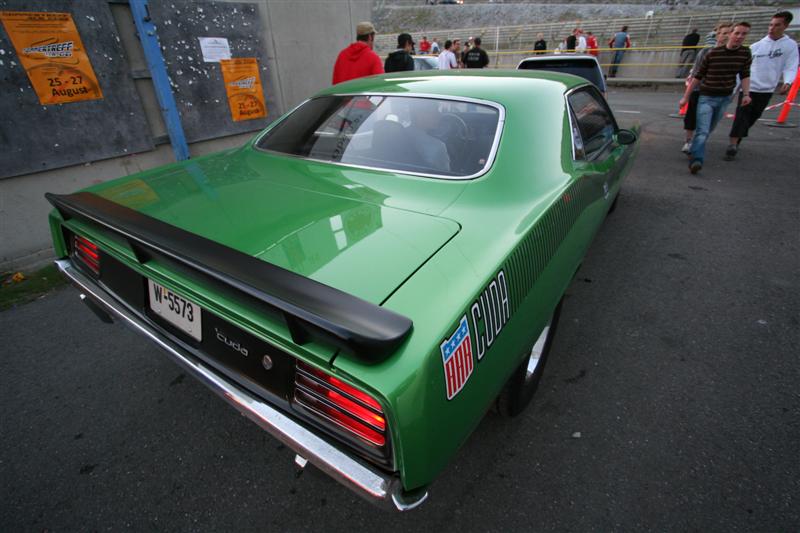 The car is a 1970 Plymouth Barracuda, orignally a 318, now a 340. It has a 727 Torqueflight and a 8-3/4 rearend. I bought it from a contact in Seattle, WA. in early 2005. It had Oregon plates and title. It was cloned to a ‘Cuda and it was black with red hockeystripes. I took delivery on the car in June 2005 in Norway. I quickly added road lamps and a rally cluster dash. From day one, I planned to clone it into an AAR. In September the same year, I started the teardown. Pretty soon rust became a problem, resulting in both quarters being changed. I updated the suspension with poly bushings, Hemi torsion bars, KYBs and new balljoints. The engine was inspected and painted Hemi orange. I installed a complete TTI 2,5″ x-pipe exhaust system with ceramic coated/heatbarrier headers and Flowmaster 40 Deltaflow mufflers. The trans got a TCI shiftkit. I also added an aluminum Griffin radiator and subframe connectors. The car was sprayed in Nissan Apple Pearl green and flat black. AAR stripes, spoiler, hood and a MAS fiberglass frontspoiler completed my 10 month resto. In the summertime the car is my daily driver, and I drive it on long trips, down to the mall, the strip, at roadrace circuits and carshows.

Be the first to start a conversation